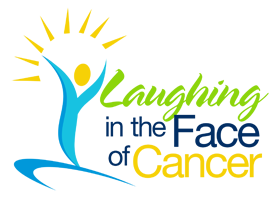 Well, it’s been more than 4 weeks since I had the attempt at a de”port”ation of my port.  I have since healed and gotten over the side effects so it’s time to fill you all in on the drama.  I went in to have my port removed after 11 1/2 years, now that the veins in my arm have proven fruitful again.  My PA came in with the consent forms as this was being done in the office. Apparently they now insert and remove them that way.  As I was signing the documents I said, “Should something go wrong, my friend Linda is in the waiting room.  Please let her know if I need to be taken to the operating room or anyplace else.”  Karen explained that these port inserts and removals are done very often with no complications.  I looked at Karen and said, “but this is me.  Something always goes wrong with me”.

During the procedure, I was awake with Lidocaine as my pain blocker.  After 30 minutes, the surgeon was getting frustrated that the catheter on the port wasn’t budging.  She explained that scar tissue had grown around parts of it and it just didn’t want to come out.  She numbed me in other places and made an incision close to the area where it was stuck.  Still it wasn’t going to budge.  I turned and looked at Karen who was assisting in the procedure and mouthed “I told you.”

She left the room in search of a vascular surgeon who could operate on me that day, but came back and said no one was available.  I mouthed again, “I told you.”  We all laughed as it was all in good fun that I was poking my surgical crew.  My surgeon looked at me and said, “I guess the Dems blocked your deportation”.  We all laughed.

The next morning, Jeff and I met with the head of vascular surgery to schedule my operation.  He was dumbfounded that I had kept my port for 11 1/2 years and I told him it was solely my decision and now I have to pay the piper.  I explained that getting it out now was critical because I was going to Florida in 6 days for a house closing and more importantly, I had a golf tournament to play at the end of June and knew I couldn’t play for a few weeks after the surgery.

In the end, he was not able to do the surgery personally, but signed me up with one of his partners.  June 4th I went into the hospital where they started an IV in my arm…the first in 11 1/2 yrs.  After a quick X-Ray of my chest, I was wheeled into surgery and 10 minutes later I was wheeled out.  The stuck port came out whole, in one piece, with no issues.

Knowing I am allergic to all types of bandages, the surgeon closed my incisions with glue and left me bandageless for the duration of my healing.  Two days later, Jeff and I were on a plane to Palm Coast to close on our new home.  That was a Thursday.  By Saturday afternoon, my chest was covered in hives.  Yup, an allergic reaction I would learn weeks later after creams, and two rounds of prendisone, to the type of glue used to close me up.  Will it never end!